As promised, here I am! This post will be about the scene I created for the Sketchfab real time challenge “Medieval Fantasy”. This challenge was all about creating something in Medieval theme, be it something that could exist at that time or it was imaginary. The scene had to be completely new and real time modelled in one month from the start of the challenge.

The scene name is “Mythical Beasts Jousting” and you can observe it through the Sketchfab player.

My first idea was to create a jousting tourney where two challengers would clash and there would be some basic platforms with spectators and probably the King’s family along with the rest their circle. Some screenshots of the first stages are below.

As the hours passed poking my eyes out modelling my new props, there was a slight subconscious feeling that something was missing. I only utilized the “Medieval” part of the title. The “Fantasy” part was completely left out of my scene. And so the next idea for expansion came! I could keep the current tourney setup, but I could add flying beasts instead of horses for the conteders!

As a first beast, I modeled the flying horse Pegasus for two reasons:

Having to model a big environment with many characters, meant that I’d need many different poses for the models I would use. Moving each vertex individually for each different pose would be such a pain that I the only path I could follow was build the armature for each model in order to efficiently change their poses by only moving the bones of the armature. This special workflow is named rigging. (Link to lifewire.com for a brief explanation of rigging)

Having decided that I am going to use flying beasts, I stopped the beasts modelling and set off to search for inspiration of what these beasts would be. After 2 days of reading about mythical beasts from different mythologies, I decided to implement a Wind Serpent and a Peryton. The peryton is a half-bird, half-stag beast from the Book of Imaginary Beings by Jorge Luis Borges. (Links to wikipedia.com) 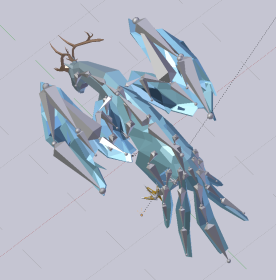 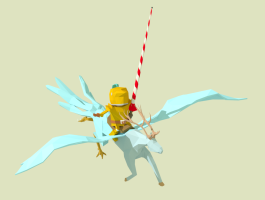 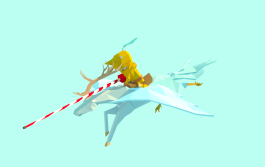 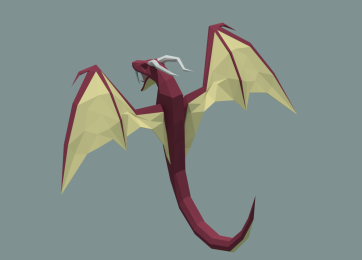 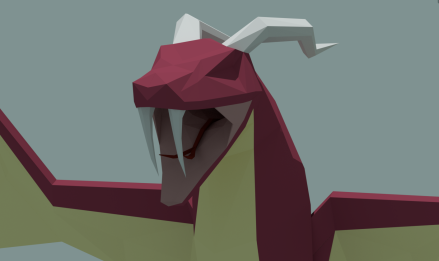 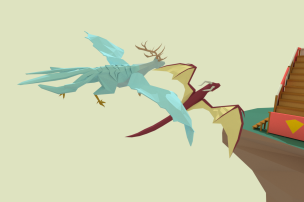 I’ve got to say that modelling these two was the best time I had in my modelling path so far. Even though they are low-poly (based on the challenge instructions) I could feel their energy as I was changing their poses to get nice renders.

Following is a collection that shows the progress I’ve made through renders and screenshots as I was progressing. You will see how the platforms came to be and the King and Queen enjoying their meal! 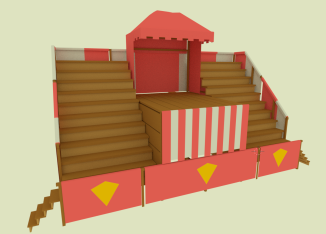 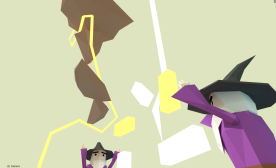 If you are worrying about the Pegasus, I didn’t throw the models away…! I used them as the royal beasts for the guards.

I put all my love in this scene since it was the first complete story I was telling through modelling and you can see it just by observing it. There are many different stories to tell and each character has it’s own mindset. Some are eating, one is staring in the great blue sky ignoring the games and wait… a guard is missing???

Thank you for staying with me and here is another render of the whole scene.

Tip: you can view my page on Sketchfab and download all the assets I created for this scene for free!

Until next time,
Be well and stay active!